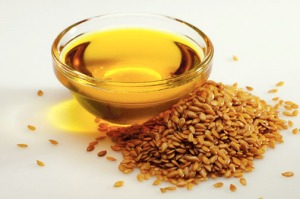 Flaxseed oil is a natural product, which is obtained by cold pressed. The healing qualities of the oil will not be lost.

The Lignans (a group of chemical compounds found in plant-based foods including Flaxseeds, Sesame, Pumpkin seeds, and Rye. When these foods are digested, intestinal bacteria activates the lignans) found in Flaxseed play an important role in cancer prevention, and especially breast cancer.

A study published in 2010 in the “British Journal of Nutrition” tested the lignans from flaxseeds in regard to cancer. They found that Flaxseed Lignans might lower the risk of cancer by preventing pre-cancerous cellular changes, as well as to slow down the progression and movement of cancer cells.

The lignans have antiviral, antibacterial, anti-parasitic and anti-tumor proprieties.

The researchers theorize that flax lignans bring many promises in the battle with diseases, including a role in preventing cancer, especially breast cancer.

Flaxseeds are an excellent source of fiber, both soluble and insoluble as well. Mucilage content stabilizes blood glucose levels and is a natural laxative. Every 100 grams of flax seeds get 25-30 grams of protein, which is why oil consumption is recommended in diets, as long as it is taken in moderation. 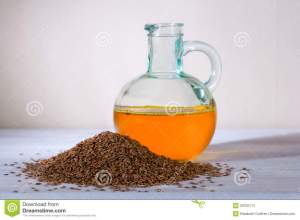 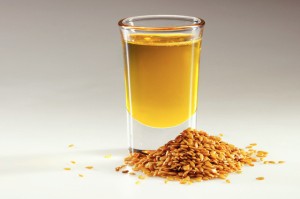 Daily requirement of omega 3 fatty acids is two tablespoons of oil in a day, morning and evening before meals. Try not to exceed 3 tablespoons of oil / day and in either because there is a risk of weight gain and increased serum lipids. We must have in mind that the oil is still oil, thus even located on top of the list of high calorie foods.

To reduce the risk of osteoporosis, it is enough to add Flaxseed oil in food. Studies have shown that the oil maintain good bone, by increasing the levels of a protein involved in bone formation. Experts say that Flaxseed oil is especially beneficial to menopausal women and those suffering from diabetes.

An effective natural acne treatment involves the use of poultices of Flaxseed meal. Poultices are prepared by mixing the flour with water until you get a paste. Poultices should be applied weekly to the affected areas and thus will make the skin become smoother and cleaner. Also due to their action regulating hormonal disorders, flax seed helps to prevent hair loss.

Pregnant women are not allowed to use oil, because it was found that it can cause premature births and even changes in metabolism. The breastfeeding women need to bypass the oil consumption.

Warning about the use of this oil goes to those who exhibit certain blood disorders; they should really consult a doctor before using Flaxseed oil as it increases the risk of producing severe bleeding in these patients.

Note & Side effects:
Bloating and gas producing intestinal symptoms are more common in the early stages of using this healthy oil. In the beginning, use small amounts of oil and drink more fluids.
The daily dosage of oil recommended by doctors is no more than 30 ml. 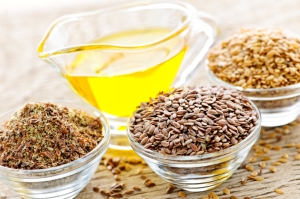 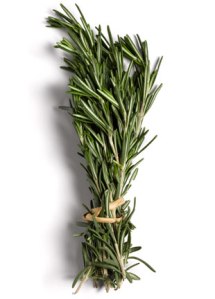 Rosemary plant is an aromatic plant with excellent qualities for maintaining body health. It was used for flavoring food and for therapeutic purposes for 2500 years.

With time, rosemary has revealed secrets and started to be used in the cosmetics industry, and for years is considered one of the main natural enemies of extra weight.

Rosemary tea is the perfect drink diet because the fat melts and gives you an enviable energy. 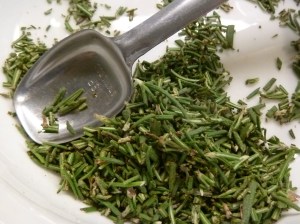 How to make rosemary tea

Rosemary tea has a pleasant and delicate aroma, but to benefit all of the properties this tea can offers, it is recommended to have a special care on how you prepare it. For a cup of water, you must use a tablespoon of rosemary leaves.

The water used for infusion should not be boiling water; otherwise many of the active substances will be destroyed. Bring water to boil, then leave it to chill for 3-4 minutes. Only then you can pour over the leaves of rosemary. After another five minutes, the tea is good for consumption.

If you want to sweeten your Rosemary Tea, we recommend using a little honey, but it is even better if you would add lemon juice. The latter enhances the Rosemary tea and accelerates the burning of body fat.

Another reason Rosemary tea helps you lose weight is related to digestion. Rosemary tea improves digestion and helps break down food faster. From now on, you will not encounter bloating or other digestive disorders.

Consumed before the main meals, Rosemary tea gives you a feeling of fullness and prevents rapid absorption of fats in the body. You will be able to burn existing fat layer, but it will prevent the new layers to form.

In the first 7 days of treatment with Rosemary tea you will lose over 6 lb, you will tone your body, and reduce the appearance of cellulite.

Every day you need to drink 3 cups of Rosemary tea before each meal. This is the best option, but if you fail to comply with the plan, you can drink Rosemary tea in the morning instead of coffee, and between the main meals.
The best results are seen with Rosemary tea when you have a healthy and balanced life style. So, forget the junk food, fast food and confectionery products. Consume mainly vegetables, fruits, whole grains and protein foods.

After the Rosemary tea helps you to lose weight is recommended to gradually continue the healthy nutrition diet you started, not to gain back the lost weight.

Note:
If you suffer from high blood pressure or insomnia, you should avoid Rosemary tea diet, as it can increase the conditions.